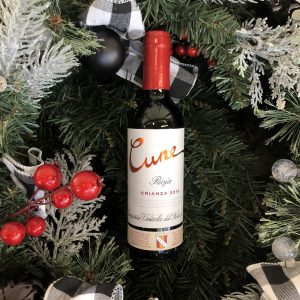 Alright, we are about to get super nerdy here. It’s day 5 and we think you’re ready for it.

Rioja (Ree-oh-HA) is a wine region in northern Spain’s Ebro River Valley which is sheltered by Sierra de Cantabria to the north and Sierra de Cameros to the south. It is the oldest Designation of Origin in Spain, dating back to 1925 when Spain’s designation system was created.

There are three main subzones of Rioja which were created in 1970. They are Rioja Alavesa, Rioja Alta, and Rioja Oriental (formerly Rioja Baja).

A NOTE ABOUT OAK

When most people think of Rioja, they think about OAK, IN YOUR FACE, OAK. American oak is traditional but some producers are opting for French oak or a combination of the two. New school producers may choose to age their wines in a completely different vessel, like concrete vats. This effectively declassifies the wine, and it can only be sold as Joven. A crianza wine from Rioja must be aged for a minimum of 3 years including a minimum of 1 year in oak barrels (remainder in bottle).

Take a look at this list of different countries and the main types of oak that they use. (In general, Quercus petraea and Quercus Robur are thought of as European oak species. Quercus Robur has a tighter wood grain than Quercus Robur. These are types of white oak.)

Where is it harvested? From the following French forests: Allier, Limousin, Nevers, Tronçais and Vosges. These were originally planted to supply wood for ship building.

Why is it used? French oak has a tighter grain and does not influence the final wine as much as American oak. Considered the gold standard for most wine regions.

Famous wines that use this type of oak: Bordeaux, Rhone Valley, Napa Valley

Where is it harvested? Missouri and the Appalachia region

Why is it used? American oak became popular in Spain because it was less expensive than French oak and gave the wines a distinct flavor profile. Top producers in the Ribera del Duero and Rioja region that still use American oak will likely have American oak staves shipped to them and have a cooper employed to build the barrels locally.

Famous regions that use this type of oak: Rioja, Napa Valley, Australia

Where is it harvested? Northeastern Croatia in Slavonia

Why is it used? The grain of this oak is less fine than French oak, so some producers will use larger barrels to impart less aromas and flavors on the wine. Remember: surface area of oak to wine matters when it comes to oak maturation! There is less oxygen transfer when using Slavonian oak, which makes it highly desirable for wines that have a long maturation period.

Famous regions that use this type of oak: Veneto, Tuscany, and Piedmont… so all of the heavy hitters of Italy: Amarone, Chianti Classico + Brunello, and Barolo.

When does a barrel become “neutral”?

Most agree that a barrel becomes neutral after 4 years of use. Neutral barrels will not impart flavors or aromas in the wine but it may aid in textural development. 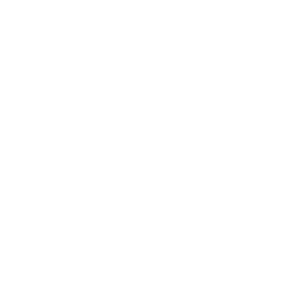